Skip to content
A U.S. Air Force HC-130J pilot, assigned to the 79th Rescue Squadron, looks out the cockpit during a flight in support of Bushwhacker 20-07 at Fort Bliss, Texas, on Nov. 4, 2020. Air Force photo by Senior Airman Jacob T. Stephens.
Expand Photo 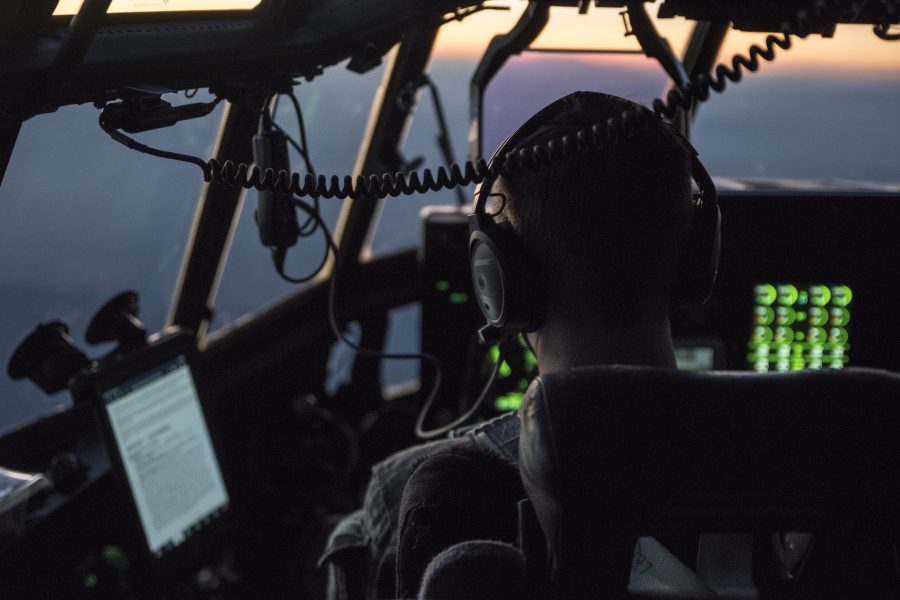 More people are opting to stay in the Air Force than at nearly any other time in the past 20 years, choosing to stay put amid pandemic-era economic uncertainty.

The Air Force wanted to grow by 900 Active-duty members to 333,700 Airmen in fiscal 2021. But by October 2020, the service had already hit the workforce goal it set for September 2021. The Active-duty force now sits at around 334,600 people, according to Lt. Gen. Brian T. Kelly, the Air Force’s deputy chief of staff for manpower, personnel, and services.

Retention levels in nearly all career fields are “extraordinary” right now, he said. In the past two decades, the only time retention outpaced the current rate was after the 9/11 terror attacks, according to the Air Force.

“Some of that probably reflects the economic challenges and things associated with COVID,” Kelly told reporters Dec. 1. “But it also hopefully reflects a little bit of our ability to start to provide that kind of culture and environment where Airmen and families want to stay with us, and want to be part of what the mission of the United States Air Force is.”

Service officials predicted earlier this year that COVID-19 would lead to an uptick in retention as people sought stability.

The Air Force will now tackle having too much of a good thing: It wants some people to leave Active-duty service to join the Air National Guard and Air Force Reserve earlier than they planned, and it will retrain some people in overmanned career fields to work in jobs that are short-staffed. It could also ditch some of the bonus pay that has enticed Airmen to stay in the first place.

Conversely, the Air National Guard has seen retention sag this year as members saw their activation orders continually extended throughout the summer. ANG expected to miss its manpower goal of 107,500 at the end of September.

Active-duty operations jobs continue to lag behind in staffing, though each career field will need a different number of people at various ranks. Some professions will need more master sergeants to come in as the service balances the force, while others might require more staff sergeants.

Kelly said those opportunities will be voluntary, not mandatory. Officials plan to release a list of career-change options by mid-December.

That approach squares with Air Force Chief of Staff Gen. Charles Q. Brown Jr.’s goal to use Airmen more efficiently across the workforce instead of relying on constant manpower growth.

It’s a different perspective for a force that has struggled with competition from private companies and repeatedly offered bonuses in fields like aircraft maintenance and cybersecurity. While commercial airlines are seeking fewer military aviators to jump to the private sector, shortages in the pilot corps remain.

The Air Force is about 2,000 pilots short of where it needs to be, about the same as before the pandemic, Kelly said. It’s still gathering data, but had hoped that the airline hiring slowdown would stop pilots from leaving.

“At some point in time, that will recover, and airline industries will come back,” he said. “A lot of what we’ll be focused on is how do we produce more, and make sure that we can close the gap by being able to produce more pilots on the early end.”

A recent report from the Center for Strategic and International Studies argued that three changes—involving squadron commanders in the retention contract process, offering retention bonuses earlier, and revamping how the Air Force chooses which aircraft students will go on to fly—would further boost pilot retention as airline hiring picks up again.

Higher-than-expected retention is also leading the Air Force to pare back its recruitment goals. Though the changes are small and vary by profession, Kelly said the department will seek about 1,800 fewer enlisted Airmen than anticipated.

“We want to have an overall, comprehensive strategy that allows us to manage the size and shape of the force accordingly, and not just use reductions in accessions,” he noted.

“Although [cutting recruitment] would probably achieve it very quickly and could reduce some pressure on the system for recruiting, particularly in a COVID environment, at the same time, it probably presents us the opportunity for challenges down the road when we don’t have the right size and shape of the force in certain areas.”