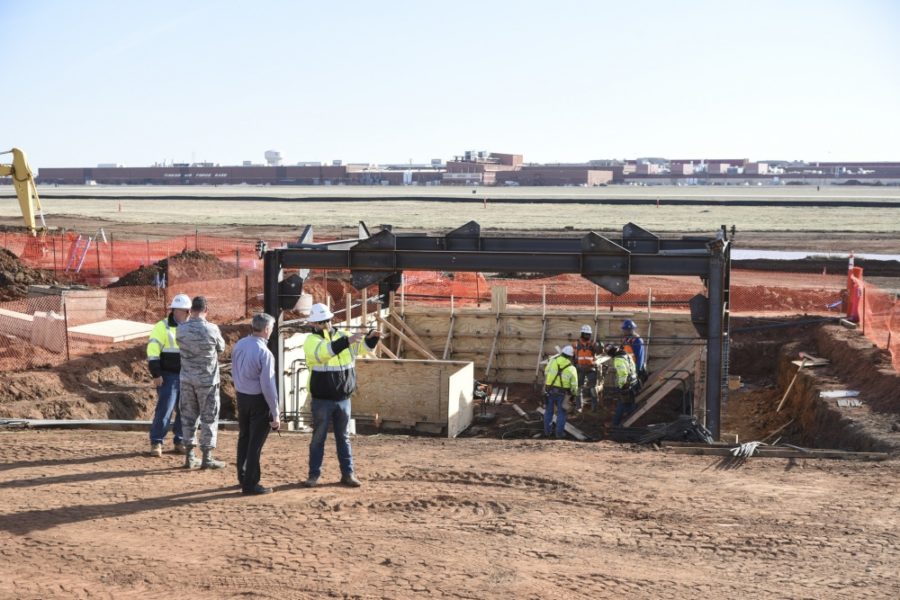 After Scaled-Back 2021, Air Force Military Construction Gets a Big Bump in ’22 Budget

A year after submitting its smallest military construction and family housing budget in a half-decade, the Department of the Air Force submitted a 2022 budget request that marked a return to years past—and a substantial increase overall.

The 2022 figure of roughly $2.8 billion marks a 75 percent increase from the $1.6 billion enacted in 2021 and is more than double the $1.27 billion requested last year. And based off total dollars, it is the largest year-over-year increase in the military construction and family housing funding requests for the department in more than a decade.

The Air Force officials had previously indicated there would be a “significant” increase from 2021’s figures. On May 19, Brig. Gen. William H. Kale III, deputy chief of staff for logistics, engineering, and force protection, told House appropriators the MILCON and family housing budget would “return to a level similar to funding requests from previous year.”

The increase in funding for 2022 is needed as the department faces a $30 billion backlog in maintenance and repairs, with many of the Air Force’s facilities falling apart as funds for repairs have been limited due to budget constraints.

Yet even with that massive backlog, the department must also modernize its facilities to keep up with new technologies, weapons, and aircraft being introduced.

“It’s almost double from the current level, but a lot of this is stuff that has been expected or long overdue,” said Todd Harrison, director of defense budget analysis and the Aerospace Security Project at the Center for Strategic and International Studies. “And in particular, just thumbing through the MILCON, about $1.4 billion of it is for what they classify as new construction and facilities, so it’s not keeping up with current facilities, rehabbing them, or anything like that. It’s for new missions that need to be supported.”

Kale said May 19 that the budget would prioritize modernizing the infrastructure needed to support the new Ground Based Strategic Deterrent and the B-21 Raider bomber programs. Indeed, a full $431 million in the 2022 budget is directed towards facilities for the GBSD and B-21.

The B-21 program in particular would be supported by $333 million in funds, all at Ellsworth Air Force Base, South Dakota, for facilities to house and repair the aircraft, as well as simulators and training buildings for crew members. Other beddown costs include $98 million for the GBSD program, $67 million at Vandenberg Space Force Base, California, and the rest at Hill Air Force Base, Utah.

Other new programs are also supported by tens of millions of dollars requested for needed infrastructure. There is $160 million dedicated to building a three-bay depot maintenance hangar for the KC-46 at Tinker Air Force Base, Oklahoma, and another $160 million spread across five different construction projects all related to the F-35. There is also $20 million directed for F-16 beddown costs, as well as $11 million for the C-130.

Kale said one of the department’s other top priorities for the MILCON budget was supporting combatant commanders’ requirements, especially in Europe and the Indo-Pacific. And in the 2022 budget, there is $730 million requested for facilities outside the U.S., including $349 million in Japan alone. Nearly half of those funds in Japan would go towards constructing a Helicopter Rescue Operations Maintenance Hangar at Kadena Air Base.

“That’s an example of something that is a bill you’re eventually going to have to pay,” Harrison said. “In terms of thinking about how to deter China, though, it is a bit questionable whether or not you want to be doubling down on bases in Japan, because they’re very much within the threat ring, and in an actual confrontation with China, you really need to have bases in the region, [that] are just outside that threat ring.”

In Europe, the 2022 budget includes $264 million in appropriations requests, including $174 million in the U.K.—$80 million would go towards new facilities for F-35As, while $94 million would be for a storage facility in support of the European Deterrence Initiative.

But even if the 2022 budget does feature a return to the funding levels of years prior, a significant backlog of repairs will still weigh on the department.

“Really going on about a decade, we’ve been short-changing MILCON,” Harrison said. “And they’ve been doing that just because of budget pressures, that there are other pressing areas within the Air Force and DOD’s overall budget that at the end of the day, some of these maintenance items are things that can be deferred. But you can’t defer them indefinitely.”

How President Joe Biden’s administration and the Pentagon hope to address that issue remains to be seen, but Harrison did mark a certain emphasis in the budget documents he reviewed.

“It seems like their language in talking about MILCON has shifted to use the word infrastructure a lot more,” Harrison said. “And I can’t help but wonder if that is a reflection of the priorities of the administration, that they want to be seen as focusing on infrastructure.” Biden has proposed a $2 trillion infrastructure plan for the general public, and Harrison noted that some of those funds could go towards military construction if the projects are considered infrastructure.