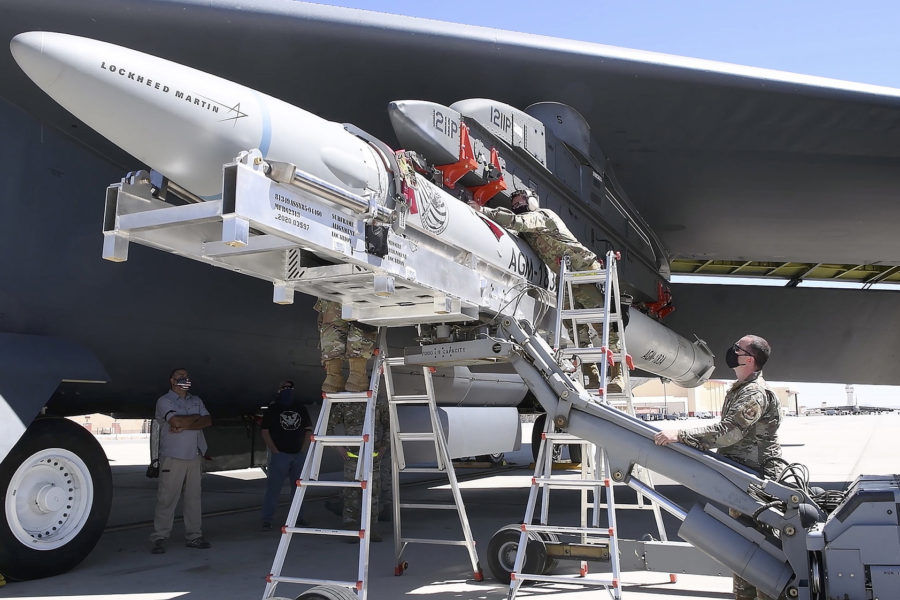 Speaking during a virtual Mitchell Institute for Aerospace Studies event June 3, Ray said he’s confident USAF will be able to overcome the “challenges” that prevented the ARRW missile from making a test flight in April.

“This is not a problem that’s beyond us,” Ray said. “It’s just a matter of time.” The Air Force Armament Directorate is “being smart about this; we’ll get there.”

An attempt to launch the ARRW was made April 5, but the missile did not come off the pylon. Brig. Gen. Heath A. Collins, head of the Armament Division, said at the time that the inability to get the missile to “complete its launch sequence” was a disappointment but that the test provided useful data.

In February, Collins said another failed attempted test early this year was a “slight bump in the road,” which was resolved within 30 days. And then in December 2020, ARRW did not accomplish planned test objectives because of what Pentagon officials called “dumb mistakes.”

Defense hypersonics lead Michael White, at AFA’s virtual Air Warfare Symposium in late February, said that while the “fail early and often” philosophy is a sound one, “that’s only valid if your failures are because you’re learning.” If a failure is due to “we forgot how to do a checklist, and tighten a pin on a fin, and we lose a flight vehicle because a fin falls off, that’s not acceptable failure.”

Ray said he thinks both the ARRW and HACM are needed for the bomber force to multiply an adversary’s problems. The Air Force’s 2022 budget request increases hypersonics weapon development funding from $386 million in 2021 to $438 million, including prototyping of the ARRW, Southern Cross Integrated Flight Research Experiment (SCIFIRE), and Hypersonic Attack Cruise Missile (HACM) systems.

Hypersonics paired with bombers is a “natural” mix, Ray said. Such weapons can be launched from “anywhere on the planet, and we can do it a lot faster than I think our adversaries would want to see us do it.” Connecting the hypersonic missile’s speed to the bomber’s inherent “flexibility, range, speed, payload, [and] access” multiplies the “number and types of targets we can hold at risk,” Ray said. “We can come from lots of different places and angles.”

Bombers already are practicing the “targeting process of a hypersonic weapon,” with a B-52 conducting such an experiment at the recent Northern Edge exercise in Alaska. Maj. Gen. Andrew J. Gebara, AFGSC director of strategic plans, programs, and requirements, said at AFA’s virtual Air Warfare Symposium in February that the B-52 will be able to carry four ARRWs but could carry 20 HACMs and “maybe more, if I have a different pylon.”