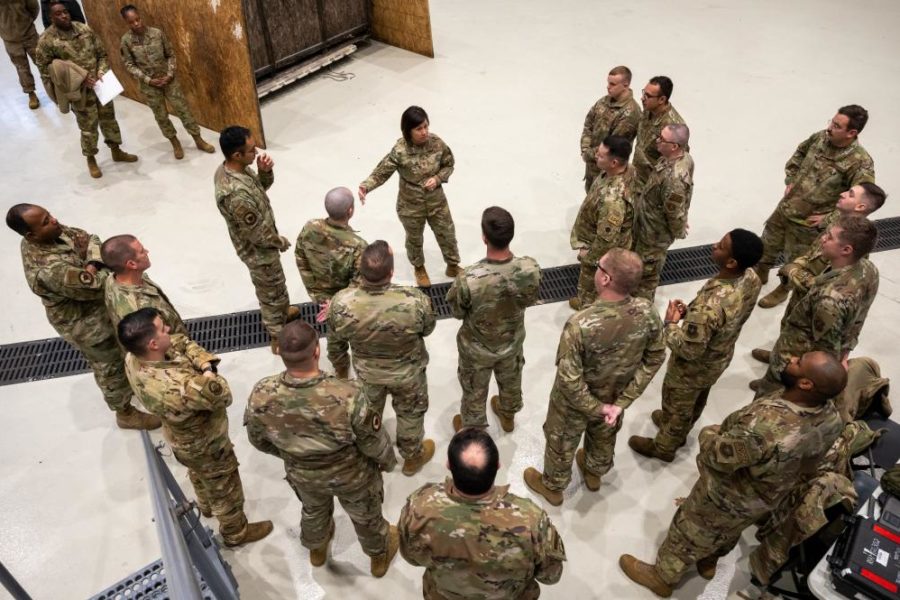 Airmen, joint service members, and civilians stationed in Germany have complained for months that local officials have sought to tax their pay or collect penalties, sometimes for amounts in the tens of thousands of dollars.

Bass, speaking during a recent virtual Coffee Talk with Chief of Staff Gen. Charles Q. Brown Jr., pledged to keep working on the issue. At the same time, though, the problem is one that goes “way beyond the service,” she said.

The issue in Germany effectively results in troops having their pay taxed twice—once by the U.S. and once by the host nation. In certain cases, German tax officials have reportedly gone to aggressive lengths to build cases against service members and seek penalties, which many service members have resisted paying.

At the heart of these disputes are differing interpretations of Article X of NATO’s Status of Forces Agreement (SOFA). Under SOFA, service members and civilians stationed in foreign nations don’t have to pay income taxes to the host nation—such agreements are crucial for allowing U.S. troops to be stationed in locations such as the United Kingdom, Italy, and Germany, among others.

SOFA, however, includes a clause saying service members and civilians are exempt only if their reason for being in the host country is “solely” due to being part of the military or a civilian component.

That clause has been cited by German officials as justification for seeking taxes from some service members.

“A marriage between a member of the U.S. forces and a citizen of Germany or a German taxable in Germany is considered an indication that a designated tax office may become active,” German law firm BlumLang Rechtsanwälte’s website states. “And children resulting from such a marriage also play a role in the examination of the tax liability—just as a common residential property.”

Across social media and in media reports are accounts of U.S. service members marrying German citizens, buying German cars or houses, or other actions, only to then face taxes or penalties from the local government. BlumLang Rechtsanwälte states that some cases have been over as much as 300,000 Euros, or more than $340,000.

When Bass visited Ramstein Air Base, Germany, in early December, she “heard loud and clear that we do have service members and some of our civilians that are over in Germany that are being taxed,” she said during the Coffee Talk.

A quick scroll through Bass’ Facebook posts from the trip confirm that, with more than a dozen people commenting about their frustrations with the taxation issue.

The issue has reached the highest levels of the Pentagon, with Defense Secretary Lloyd J. Austin III reportedly raising the topic with his German counterpart in a June 2021 meeting.

Ultimately, though, the problem is a diplomatic one.

“The Department of State and U.S. Embassy Berlin are actively engaged with the German Ministry of Foreign Affairs in finding a solution,” a spokesperson for U.S. Air Forces in Europe-Air Forces Africa said in a statement. “Department of Defense efforts are nested within those of the Department of State as the lead federal department for foreign affairs, and the matter has been and will continue to be addressed in high-level engagements with our German allies.”

A spokesperson for the Department of State said “we cannot get into specific discussions” on any sort of progress.

“However, we can assure you that the U.S. government has expressed at very high levels our eagerness to see the long-standing issue resolved,” the spokesperson said. “We will continue to engage with our German partners on this matter.”

While Bass and others say they’ve heard from plenty of Airmen about this issue, exactly how many families, Air Force or otherwise, have been affected remains unclear.

“German tax offices have told us they do not track cases by nationality, making it difficult for them to answer repeated efforts to know how many service members and civilians, covered under the NATO SOFA, have been affected,” the USAFE spokesperson said.

To that end, Bass asked Airmen to report their issues to commanders so the service can more accurately track the numbers and present them to German authorities.

“What I would ask you to do is our USAFE team and EUCOM [U.S. European Command] teams are out there trying to get an accurate number of, what is the problem? And how big is it? And how many of our uniform wearers, as well as our civilians that we have sent over there, what is the impact?” Bass said. “And so I’m told that there are some groups out there that are already compiling the data. We need to have that data, and we need to have some vignettes of what the challenge really is.”

Meanwhile, USAFE is taking steps to inform and educate service members about the SOFA before they deploy overseas, the spokesperson said.