Skip to content
A U.S. Air Force C-130J Hercules from the 19th Airlift Wing, Little Rock Air Force Base, Ark., lands at a remote airfield in Qalat, Afghanistan. The Air Force is looking to use new vertical lift technologies as it looks to replace the C-130.
Expand Photo 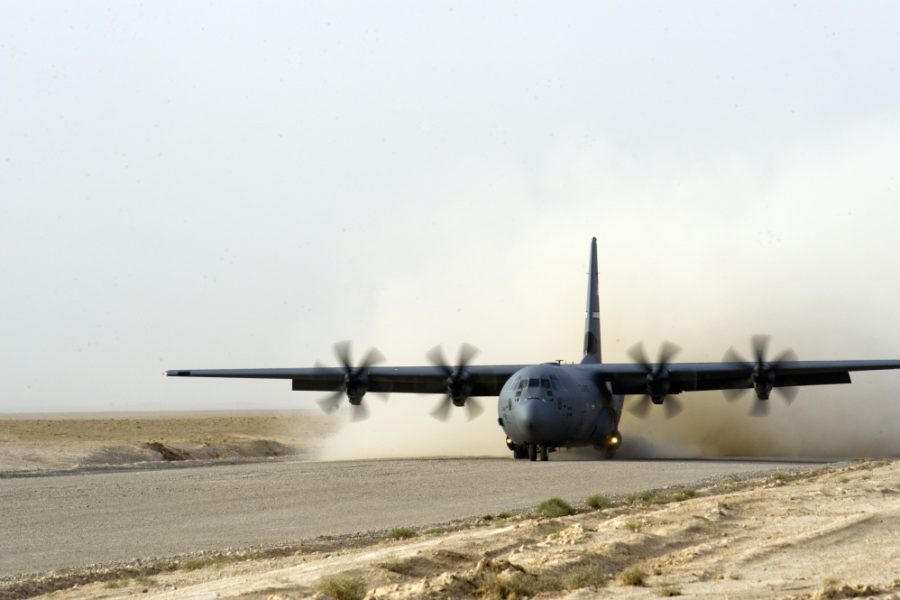 The Air Force is looking beyond the venerable logistics under attack,” Hinote said. The “C-130 capability is not well-suited to address this risk,” he said. “That’s why we feel we need to retire a certain number of the older C-130s, while addressing this airlift risk in new ways, with new capabilities.”

In scenarios where logistics is under attack by China, Russia, or other adversaries, “what we see is that the capability for vertical lift is going to be really important for us; i.e., getting away from the fixed runway, so that we can do logistics in a way that is somewhat disruptive, and, frankly, a lot harder to target.”

Hinote said there are “quite a few efforts going on” with regard to battlefield vertical lift. The Army is pursuing a number of new rotary-craft programs, which Hinote said the Air Force is “following very closely,” but “at the very same time, we’re exploring vertical lift programs inside of our RDT&E as well.” Hinote did not forecast when the Air Force might start moving toward the new capability with a program of record.

In recent years, contractors have shown a variety of vertical-lift or short takeoff/vertical landing concepts for a future battlefield, from quad-tiltrotors to stealthy tactical transports with lift fans in their wings. Some have also promoted a new generation of airships for the lift mission; all oriented toward a future that weans the Air Force off long runways. Being able to operate from locations with no runway would multiply the locations the Air Force could operate from, thus multiplying the targeting problem for an adversary.

In a nod to the members’ concerns, Hinote said this new capability “may be a very important part of the reserve component, because the idea of vertical lift could also play a huge role in some of the responsibilities that …governors have” for humanitarian and disaster relief.

Lt. Gen. David S. Nahom, deputy chief of staff for plans and programs, told the panel the Air Force sees a near-term C-130 fleet of 255 airframes, which includes “163 C-130Js, either existing or on order, and 92 C-130Hs, which we’ll upgrade to the level we need to. We’ll move forward with that fleet,” he said.

However, he quickly added that “we’ve got to look beyond, in lift, especially tactical lift; we’ve got to look to the future. Because it’s not just C-130s, it’s other things we need to do.”

The Air Force’s vertical-lift portfolio includes the CV-22 tiltrotor, used for special operations missions; HH-60G and HH-60W helicopters, used for combat search and rescue; UH-1N helicopters for VIP transport and missile field support and security; and the new MH-139 Grey Wolf, which will replace the UH-1N.