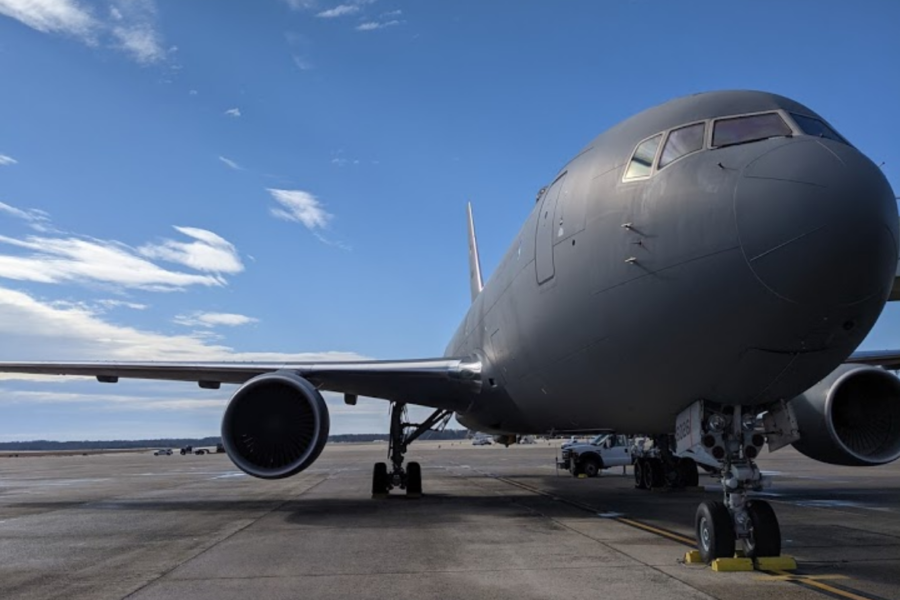 Air Force Asks Industry for Information on a ‘Bridge Tanker’

The Air Force on July 19 released a request for information to the defense industry for the proposed “bridge tanker” to follow the KC-46, with a list of questions emphasizing how the future refueler will continue the service’s push for improved command and control on its aircraft.

The “bridge tanker” proposal calls for 140-160 commercial-derivative aircraft to come online after the last KC-46 is delivered in 2029, to replace KC-135s that are aging out and to cover the gap until the service develops its future Advanced Air Refueling Tanker. The RFI states the aircraft need to be based on existing and emerging technologies, with delivery beginning no earlier than 2029 at a rate of 12 per year.

The RFI follows the “sources-sought” notice released last month, which stated the final request for proposals will be released by the end of 2022 once requirements are locked in. Companies have until Aug. 2 to respond to the RFI.

While the Air Force looks for any interested companies to respond, only two aircraft are mature enough for the competition: the existing KC-46 and the Airbus A330 Multi-Role Tanker Transport, which already lost to the Pegasus in the previous controversial competition.

The Air Force, in an extensive list of questions, asks companies for the range and off-load capacity of their tankers and whether that range could be increased. Additionally, it calls for the aircraft to be capable in existing tanker roles: delivery of cargo, passengers, and aeromedical evacuation missions.

The service also asks companies how their aircraft will approach command and control and the Advanced Battle Management System initiative, which calls for advanced sensors and situational awareness across aircraft.

Additionally, in the wake of the KC-46’s Remote Vision System debacle, which has delayed initial operational capability, the Air Force wants details on how prospective tankers would approach the boom operator station.

“What are the capabilities, to include effectiveness and reliability, of your candidate aircraft(s) visual system(s), including 3-dimensional and night vision?” the RFI asks. “What backup/redundancy system is part of your design?”