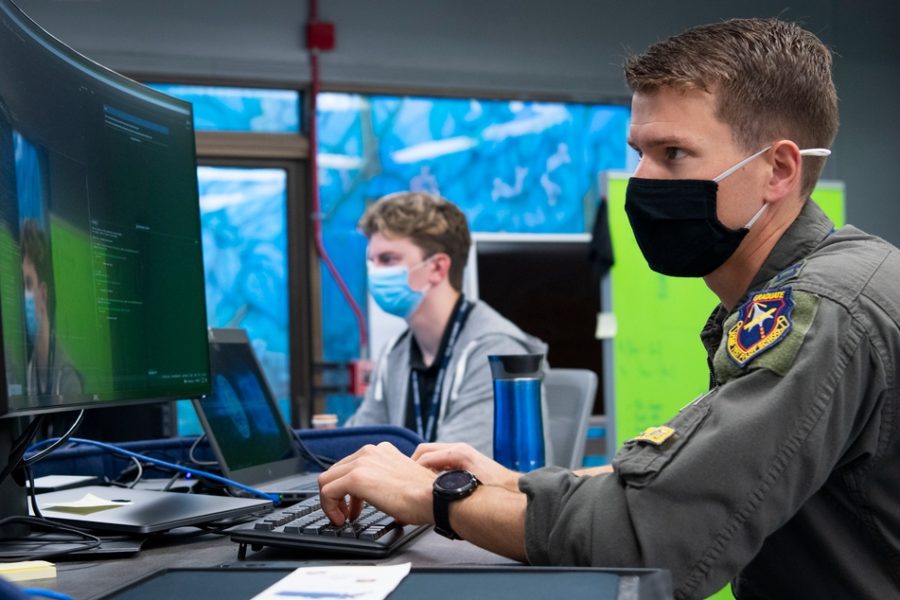 The Air Force and Space Force are teaming up for a hackathon event in late July, looking to “validate rapid development” of new capabilities in an environment spread across bases, services, and classification levels.

BRAVO 1 Canary Release will take place from July 18 to 22 at Joint Base Langley-Eustis, Va.; Patrick Space Force Base, Fla.; and Eglin Air Force Base, Fla., the services announced in a press release.

It will mark the second edition of the Air Force’s BRAVO hackathon series, in which teams “form and develop working prototypes urgently in response to challenges often accompanied with data,” according to the Air Force.

BRAVO is different from other hackathons in that it allows teams of government employees and contractors to work alongside members of industry and academia using both open-source data and programs and operational data from the military. The goal is for 60 percent of participants to be from government.

For Canary Release in particular, teams will be working on use cases provided by Air Combat Command, Space Launch Delta 45, and the Space Force Chief Technology Information Office.

The goals for the event are to demonstrate rapid development of new capabilities in a cloud-based environment cutting across locations and organizations, to provide a new way for participants and industry to develop those capabilities, and to generalize BRAVO’s development model for future scaling with more partners.

“DOD talks a lot about connecting weapons systems but has been too slow to implement groundbreaking, data-driven capabilities,” Stuart Wagner, Department of the Air Force chief digital transformation officer, said in a statement. “BRAVO hackathons leverage existing Department of Defense technologies to provide hackers the development environment and operational data to rapidly build data-driven kill chains and cognitive electronic warfare capabilities. If you are a cleared or uncleared American citizen with technology skills looking to build national security capabilities during a one-week event, this is your opportunity.”

Other hackathons hosted by the Air Force have focused on topics like aerospace cybersecurity, digital engineering, and more.