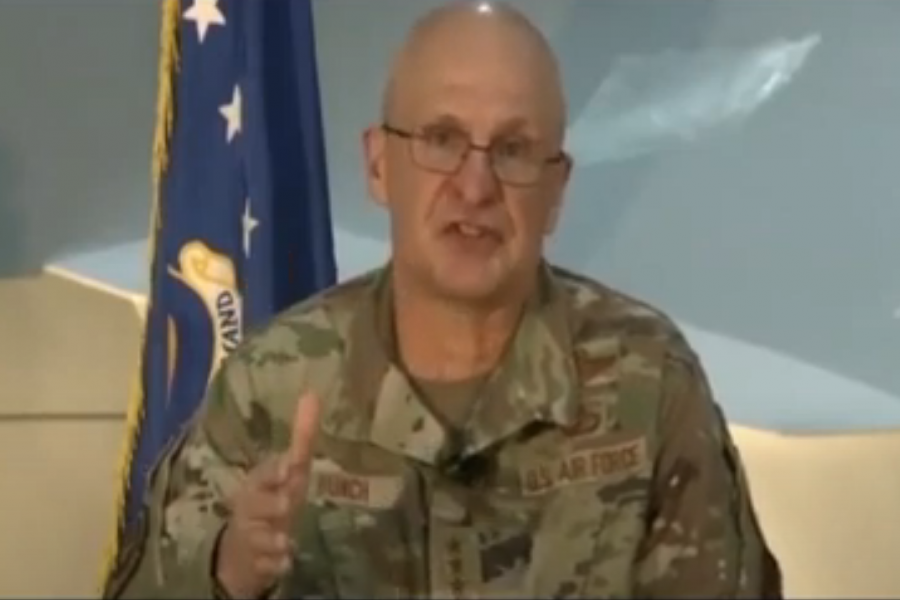 As Air Force Materiel Command makes changes to speed up how it buys, tests, and sustains weapon systems, the command is also overhauling its personnel practices to ensure its Airmen face fewer career hurdles and can succeed, the command’s boss said.

At the same time, however, command employees have said they face their own hurdles in training, career progression, and obtaining new certifications. Those challenges limit the command’s ability to succeed overall.

“There’s no one that comes in and goes, ‘You know, I think I really want to go slow today,’” Bunch said. “They all want to go fast. But they all, in many ways, face impediments … and we’ve got to eliminate those.”

Airmen have told leaders their training options aren’t what they’d like them to be. In response, the command created the November training event “Agile Patriot,” which offered about 1,000 people new pointers and briefings on how their jobs connect to the Air Force’s higher mission. Many Airmen also said the training for first-line supervisors is lacking, so the command created a pilot program that will become available across the organization in January to improve their education.

As the effects of the coronavirus pandemic are expected to linger long-term, Bunch said the command is expanding remote work options. Right now, this means coordinating with different parts of the command to loosen restrictions that might require people to be in the office instead. Setting guidelines and overcoming roadblocks to make it easier to work from home could also attract experts from across the country who may join AFMC without relocating.

“Maybe I don’t have to have someone sitting right in Dayton, Ohio, or in Boston,” Bunch said. “Maybe I can, through telework, recruit someone in Silicon Valley or in Texas or wherever it may be.”

AFMC has since 2018 cut the time it takes to interview candidates and offer a position. For those who snag a job, it is also trying to on-board new employees and get them working in as few as four days, Bunch said. Security clearance backlogs, computer login processes, and other issues can slow that down.

Lt. Gen. Shaun Q. Morris, commander of the Air Force Life Cycle Management Center, said the center’s training systems need to be more agile as well. This means a shift toward on-demand courses, where an employee can “reach into the training system and pull information they need, in the time that they need it,” he said. The certification process needs to be available anytime someone wants to pursue those, too.

Parts of AFMC are adapting to supporting two armed forces rather than one. Since the Space Force stood up one year ago, the Air Force Research Laboratory has changed how it operates to provide more support for that service, AFRL boss Brig. Gen. Heather Pringle said.

There are about 700 personnel within AFRL dedicated to supporting space clients and technology in the short term, along with a new deputy technology executive officer who will better integrate space into the AFRL portfolio.

In September, AFRL’s new transformational capabilities office matured to the point where it could start managing the department’s most promising projects. In the second phase of growth, the office is focusing on creating partnerships and developing its workforce, Pringle said. It should reach full operations by the end of 2021.

Under “Accelerate Change or Lose” and the 2018 National Defense Strategy, the Air Force has to keep pace with potential adversaries like China who are undergoing a “whole-of-nation approach, consolidating resources in a way that’s going to be a challenge for our nation to keep up with,” Pringle said. “They are putting resources behind it, collecting talents necessary to implement such a plan.”

AFMC is responding to that shift by using intelligence experts in new ways outside of combat operations. For example, AFLCMC is embedding intelligence analysts in acquisition programs to ensure the executives have the right information about what upgrades to pursue.

The goal is to “ensure that where our adversaries go, we’re already there,” Morris said. “We want them constantly reacting to us, not the opposite way around.”

Bunch said that when competing with other global powers, it’s important to ensure American intellectual property is protected.

“I don’t want our billions or millions, or whatever it is, of dollars of investment being siphoned off at a fraction of the dollar so that someone else can capitalize on that,” Bunch said. “We need to continue to make our investments to ensure that we are protecting our networks and our intellectual capital.”