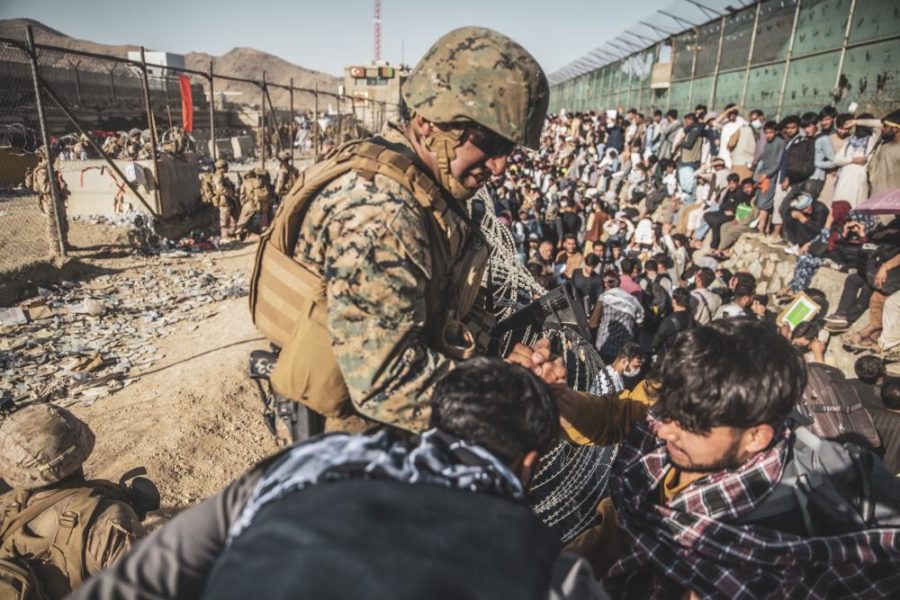 The threat of another Islamic State-Khorasan attack on the Hamid Karzai International Airport in Kabul, Afghanistan, and on U.S. troops based there remains high, but Pentagon leaders say there is “still time” to evacuate remaining Americans before a self-imposed Aug. 31 deadline for withdrawal.

With a terrorist attack declared “imminent,” the U.S. struck an explosive-laden truck Aug. 29. Later in the day, a U.S. Counter Rocket Artillery and Mortar (C-RAM) system repelled one of five rockets launched at the airport, with one rocket falling within the Kabul airfield and two landing nearby without incident.

Army Maj. Gen. William D. “Hank” Taylor, Joint Staff deputy director for regional operations, said Aug. 30 the strike on the truck was necessary to prevent another “high-profile attack against both coalition/U.S. forces and other Afghan civilians,” though he declined to confirm reports of civilian casualties. “Commanders will always minimize collateral damage,” he added.

Pentagon spokesman John F. Kirby said the airstrike against the truck was conducted with “over the horizon” capabilities, but he would not name the origin of those assets and said only that discussions with neighboring nations were continuing. Past airstrikes are known to have originated from Al Udeid Air Base in Qatar, a commute of some four hours each way. The Defense Department for months has attempted to secure basing agreements with countries in the region for easier intelligence, surveillance, and reconnaissance and closer airstrikes.

Kirby said the capabilities are in place to evacuate the several hundred Americans still in Afghanistan, not including troops, even though just over a day remains to complete the mission.

“There is still time, and the State Department is still in touch with additional American citizens,” Kirby said. However, he declined to confirm how many Americans are trying to reach the airport as the clock runs out. Kirby also refused to say what time zone would be used for measuring the Aug. 31 deadline.

More than 122,000 Americans, coalition forces, and Afghans have now been evacuated since the mission began in late July, including 5,400 American citizens.

The Defense Department is coordinating a multi-staged operation to return Americans home and move Afghans to third countries for processing. Presently, 26,000 Afghans await forward movement and processing at six locations in the U.S. Central Command area of responsibility. Another 22,000 are being temporarily housed in three locations in the U.S. European Command AOR. In the U.S. homeland, U.S. Northern Command is managing 13,000 individuals at five locations.

Taylor said 28 flights departed the airport in the past 24 hours, evacuating just 1,200 individuals. He would not say if the reduced throughput of individuals was a result of their failure to reach the airport or the movement of equipment out of country on the departing aircraft.

Taylor also confirmed that DOD is destroying some assets on-site to prevent them from falling “into the hands of anybody else.”

Air Force Special Operations Command’s fleet of MC-130H Combat Talon IIs, used for infiltration, exfiltration, and resupply of special operations forces, has been grounded due to the same cracked propeller parts that led Air Mobility Command to keep its C-130H fleet from flying. AFSOC confirmed the grounding to Air &…

When the National Air & Space Museum in Washington, D.C., reopens to the public Oct. 14, it will showcase a T-38 Talon for the first time. The venerable trainer finally has a place in the museum thanks to Jacqueline "Jackie" Cochran, a pioneer of women's aviation.