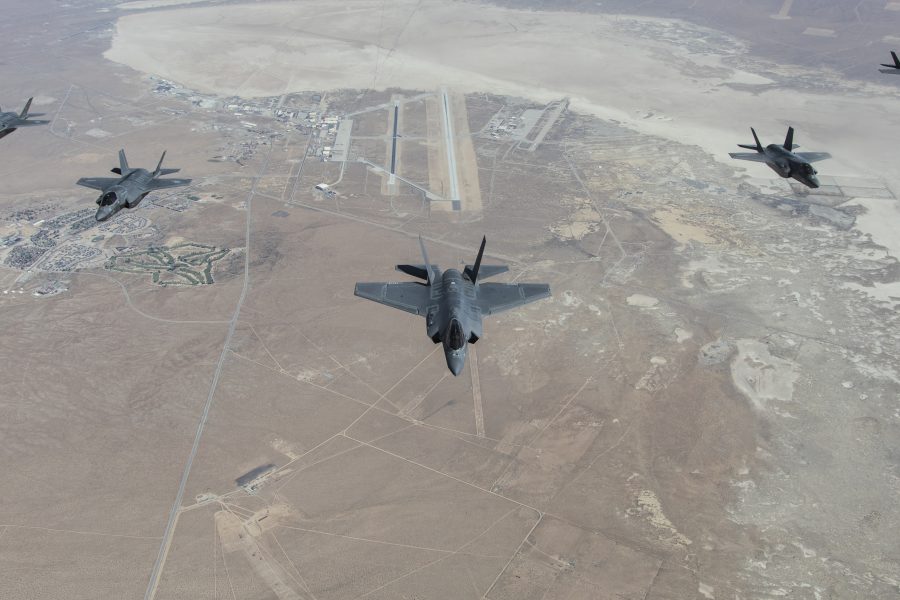 Program leadership laid out a path to turn one of the key challenges, the underperforming Autonomic Logistics Information System, into a functional tool for operations and maintenance data as it’s meant to be.

Pentagon acquisition chief Ellen Lord told members of the House Armed Services readiness and tactical air and land forces subcommittees the Defense Department is working on a detailed plan for “ALIS Next,” a redesigned version of the baseline system. DOD is still figuring out when a rearchitected ALIS could become available.

At the same time, the Pentagon is in the process of fielding ALIS 3.5, an updated version that includes about 300 fixes for its basic functionality, F-35 Program Executive Officer Lt. Gen. Eric Fick said. That comes as Air Force software coders, employees of F-35 manufacturer Lockheed Martin, and others continue to roll out software patches for the jet and ALIS.

“Over the past year, the department has delivered three ALIS software updates and we are on track to release quarterly releases to rapidly improve current performance—a vast improvement from the 18 months between software updates in the past,” Lord added in written testimony. “Our efforts to stabilize and improve the usability of ALIS has driven trouble reports down 38 percent from their peak. These efforts mitigate risk while the department charts a path to the future of ALIS that will help deliver a more ready fleet at a lower cost.”

Combining those efforts with internal research and development underway at Lockheed, Fick said officials hope to make significant progress toward improving ALIS’s usability by September 2020. He plans to accomplish that without requesting additional funding, although DOD is still looking at what it might need.

“With the delivery of the ALIS 3.5 capability this month, we anticipate there will be no further major releases on the legacy ALIS system, only minor enhancements as required,” Fick said in written testimony. “Block 4 ALIS capabilities will be rolled into a government-managed backlog, and we will focus on delivering a modern maintenance system.”

He added that the program wants to cut down on administrative costs and personnel needed to support ALIS operations in the field.

“Upcoming software releases include the capability for centralized administration, bulk administration of Portable Maintenance Aids, and squadron resource sharing,” Fick wrote. “These initiatives will reduce the requirements for on-site administration of the current ALIS system with an estimated decrease in life [cycle] costs of $1.9 billion, nearly a 6.5 percent cost reduction.”

Robert Behler, the Pentagon’s director of operational test and evaluation, noted the data the F-35 sends to the Air Operations Center, which manages sorties overseas, is subpar. He suggested the AOC could use an ALIS terminal or software-defined radios to gather data on the plane in real time.

Officials are working through other areas as well. Intellectual property disputes, an issue that piqued the interest of multiple lawmakers, has slowed the program’s ability to connect to the Pentagon’s Joint Simulation Environment—a major wargaming system the F-35 must work with to complete its initial test phase.

Behler said the JSE won’t be ready to start the final phase of operational testing with the F-35 until July 2020.

The initial integration of the JSE and F-35 was held up by an IP dispute between Lockheed and the government, Fick said. He told lawmakers that DOD agreed to accept less IP data than it might want, but still reserved the right to challenge Lockheed if it didn’t release certain information the Pentagon wanted. Lockheed protested that arrangement, and its complaint currently sits with the Armed Services Board of Contract Appeals.

DOD doesn’t necessarily need every piece of IP data, but Fick said the program is still figuring out which information is crucial to making the F-35 a better product.

“One of the key elements of coming up with a new ALIS architecture, and … data standards, and all the other parts that would make a very good system, is understanding the entire data set as it exists today, what all the algorithms are, and we are still in the process of going through that with Lockheed Martin,” Lord added. “Understanding where all of the intellectual property is and making sure the government has access to what it has paid for is a key portion of rearchitecting ALIS.”

In its tug of war with Lockheed, Lord said the Pentagon also identified about $3,000 per flight hour that it couldn’t figure out where the cost was coming from. DOD hopes to drive down the cost of flying the F-35 from $44,000 per hour to $25,000 per hour by 2025, though others in the department think that goal may be too lofty.

The F-35 Joint Program Office saw a 9 percent drop in cost per flying hour in 2019 compared to the previous year, according to Fick’s written testimony.