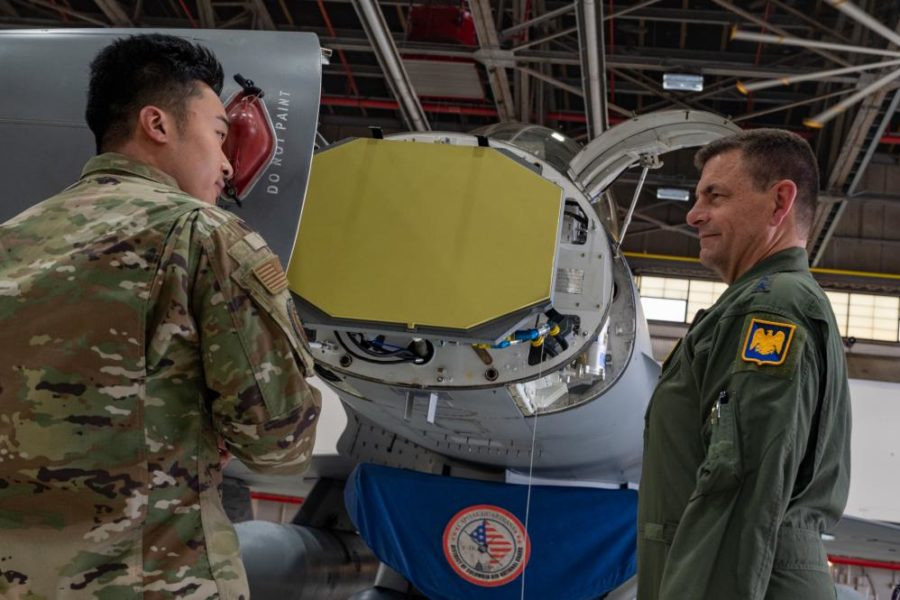 Seventy-two F-16s across the Air National Guard have been upgraded with fifth-generation radars, giving the fighters the ability to track more targets at longer ranges with greater precision, the Air Force and Northrop Grumman announced this month.

The completion of the upgrades concludes a five-year process that started in 2017 when the Air Force Life Cycle Management Center awarded Northrop Grumman a contract worth $243 million to update the radars on the F-16. That was in response to an urgent request from U.S. Northern Command, which said it needed the fighters outfitted with the radars to track “small cross-section threats,” such as cruise missiles.

The new Active Electronically Scanned Array radars derive from the radars that Northrop Grumman has put in the F-22 and F-35, the contractor said, and provide “earlier and longer range target detections and tracking.”

The F-16’s previous mechanical APG-68 fire control radar could track no more than two objects at a time, Lt. Col. Michael Trujillo, the D.C. Air National Guard’s 113th Aerospace Control Alert Detachment commander, said in a release. Now, he said, “I can target more things than I can shoot.”

The old radars also had “near-zero capability” against cruise missiles, the release states, a particularly worrisome issue given the proliferation and development of such missiles in recent years.

“The completion of these deliveries highlights Northrop Grumman’s continued commitment to rapidly field fifth-generation radar capability to the fleet to counter and defeat increasingly sophisticated threats to our nation and its allies,” said Mark Rossi, director of SABR programs for Northrop Grumman, in a company press release.

The Air Force celebrated the final installations of the new radars with a ceremony at Joint Base Andrews, Md., on June 9. The 113th Wing, the first unit to start getting the new radars, began receiving them in 2020, boosting its ability to provide defense of the national capital region—the 113th ACA is among the most active alert fighter air defense units in the nation.

All told, the new radars were installed in F-16s spread across 12 ANG units at nine bases.

These 72 F-16s won’t be the only ones to get the fifth-gen radars, though—hundreds more are slated to get a combined upgrade package in the coming years, one that will include AESA radars.