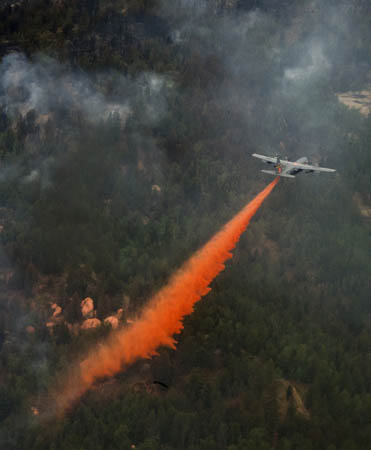 The US Forest Service has requested two Modular Airborne Fire Fighting System-equipped C-130 aircraft from Air Force Reserve Command’s 302nd Airlift Wing at Peterson AFB, Colo., to help fight the nearby Black Forest. “We are ready to support containment efforts today if called upon,” said Lt. Col. Luke Thompson, 302nd AW chief of aerial firefighting, in the June 12 release. Once the launch order is received, the aircraft will fly support missions out of Peterson, states the release. On June 11, Peterson also opened an emergency evacuation shelter for any military or family members affected by the Black Forest or Royal Gorge fires, states a separate base release.