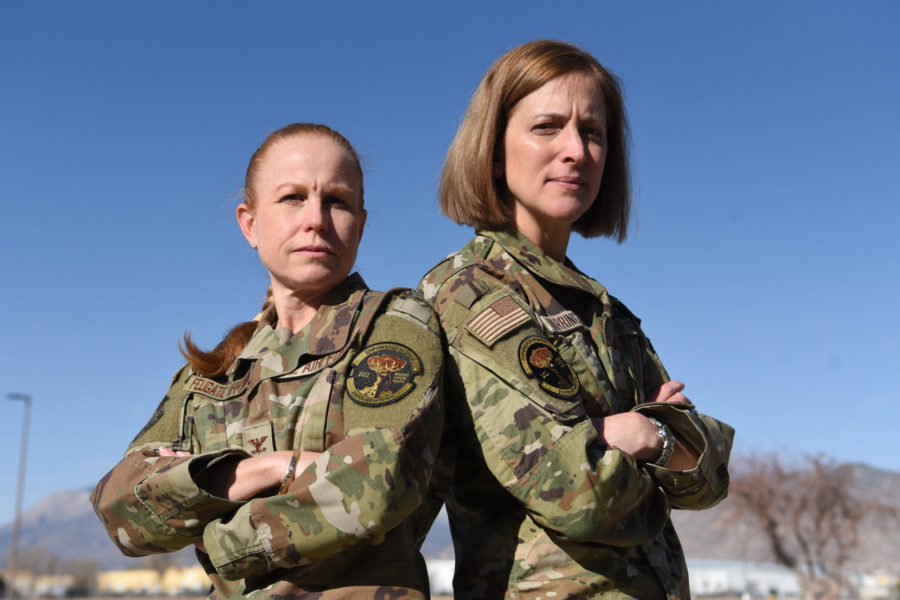 A decade ago, female missileers could not “pull alert” at a certain stage of pregnancy or while nursing.

More often than not, the women who took responsibility for an ICBM launch control capsule chose instead to leave the Air Force.

Female Airmen leading the nuclear enterprise say the small changes are helping retain and recruit female missileers, while young female Airmen can see what’s possible in their Air Force career in the changing faces of leadership.

Perhaps nowhere is that more true than 20th Air Force, where missileers go deep into the belly of nuclear missile silos for the most important job in strategic deterrence, maintaining and operating the nation’s intercontinental ballistic missiles.

“We’ve got two wing commanders out of four in 20th Air Force that are female,” 91st Operations Group commander Col. Kristen A. Nemish told Air Force Magazine. “That is not something that I had the ability to see when I was a young lieutenant.”

“There are policies that are now allowing us to attract and retain families,” added Nemish in a phone interview from Minot Air Force Base, N.D.

In addition to the two female wing commanders, two of four operational security commanders are women, a circumstance unheard of a generation ago. Female leaders say the changes and the coming decade of nuclear modernization are building excitement among the new generation of female Airmen.

“That’s a great step forward,” said Nemish. “I think that those steps forward have been allowed to happen because we have people now at the higher levels that do have diverse backgrounds.”

With the Air Force’s nuclear enterprise slated for billions in modernization in coming years, the 20th Air Force is finding that its corps of female leaders will be front and center to guide the nation’s land-based leg of the triad, the new Ground Based Strategic Deterrent (GBSD).

“It was kind of unheard of back in the day for somebody to be pregnant while they were on missile crew,” said Col. Anita A. Feugate Opperman, 341st Missile Wing Commander and one of two female wing commanders who oversee ICBM operations.

A missileer for 27-and-a-half years, she remembers a different time for women in the career field.

“When I was a young lieutenant, I was probably one of three or four in my squadron of 60 to 70 missileers,” Feugate Opperman said by videoconference from Malmstrom Air Force Base, Mont.

“We have women at all stages of their career, having babies, feeling like they can continue on with their family, whatever the situation is, and still say in the Air Force,” the wing commander said.

Small lifestyle and quality-of-life adjustments to Air Force policies are leading to higher retention rates for women in the nuclear enterprise and more women in leadership roles.

As more women stay in the Air Force and rise to lead the nuclear enterprise, the cycle of retention continues.

“Seeing women at higher levels that have been able to balance work and family is encouraging for the young Airmen as well as some of the changes that we’ve just made,” she said. “Whether it’s maternity leave or being able to pull alerts longer into your pregnancy—and more acceptance that you realize it won’t hurt your career—[that] has allowed us to retain and recruit more women.”

Young mothers are even accommodated now while pulling alerts. TRICARE covers the cost of breast pumps for nursing mothers in the field, while the command has made adjustments to designate private places to pump. Some problems still remain, as only certain pumps are approved for use in launch control centers.

Col. Catherine Barrington, commander of the 90th Missile Wing at F.E. Warren Air Force Base, Wyo., has also witnessed the mentality change within the ICBM enterprise.

“The value is that women are at the table, working the issues and involved in all aspects of ICBM nuclear leadership,” she said. “While that wasn’t the case years ago, we now see an improvement for everyone, and we are a stronger force because of inclusivity.”

Barrington recalls seeing one of the first female missileers, 429th Missile Squadron commander Lt. Col. Linda Aldrich, when she was a second lieutenant heading out on her first alert.

“I was walking down the hallway to the briefing room when I saw her. I immediately said to myself, ‘Oh, I could be a squadron commander just like her,'” she recalled. “Seeing a female commander let me know that it was a possibility for me.”

Like many female Airmen, Barrington is married to another Air Force officer. In past years, missileer marriages usually resulted in the woman eventually separating from the Air Force.

Current Air Force policy prioritizes keeping dual military couples together. That wasn’t always the case, making it tough for Barrington and her husband to get assignments that allowed them to be together.

“Our leaders kept both of our careers moving forward and found ways for us to be stationed together well before this became the norm in the Air Force,” she said. “Because nuclear leaders cared for individuals, this potential hurdle was not a significant issue for us.”

‘A Competition for Talent’

Commander of the 20th Air Force Maj. Gen. Michael Lutton said if the Air Force doesn’t make adjustments to recruit and retain talent, the nuclear enterprise will lose that human capital to the other services and the private sector.

“It’ll be a competition for talent,” he said.

“We’ve got to be really keen on competing against those other services, in support of service to our nation,” he said in a video conference call from F.E. Warren. “When we look at that outreach, how do we double down on recruiting that talent, specifically, our young ladies or young women, to let them know what is possible?”

“Those ladies are the best people,” he said.

“She is a vanguard,” he underscored. “She is on the cutting edge of delivering our nation’s Ground Based Strategic Deterrent.”

If Congress approves the Defense Department’s budget plan to keep GBSD on schedule, then the three missile wings overseeing the nation’s Minuteman III ICBMs will begin a complex transition of onboarding a new system and operating an old system simultaneously.

Barrington said the excitement generated by the once-in-a-generation change in the nuclear enterprise is having an effect on young female Airmen.

“What I love about fielding GBSD is that we get to be pioneers with this brand-new weapon system,” she said.

“Our young officers will be able to spend a good portion of their careers leading fielding efforts and solving complex issues that arise during the process,” she added. “It is a tremendous opportunity, and I want today’s female missileers to know that this is an exciting leadership opportunity to shape a weapon system that will be in service through 2075.”