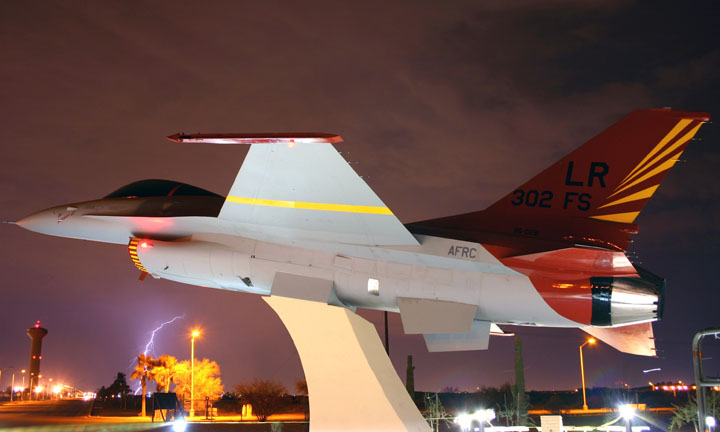 Luke AFB, Ariz., has honored the famed World War II Tuskegee Airmen by dedicating an airpark in their honor. Attending an Aug. 2 ceremony were more than 50 of the original Tuskegee Airmen. The airpark includes an F-16 Viper aircraft painted in World War II “Red Tail” Tuskegee colors. “It is crucial we reflect back on our history and acknowledge the contributions of those who made so many personal sacrifices for our country’s freedom,” Col. Derek Rydholm, 944th Fighter Wing commander, said, adding that the airpark “will serve as a constant reminder of those contributions.” The Tuskegee Airmen of World War II comprised the 301st and 302nd Fighter Squadrons, which are now part of the 944th FW.