Impressive Record, But Not Tops 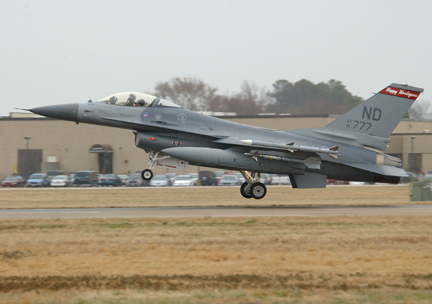 The North Dakota Air National Guard’s 119th Fighter Wing Happy Hooligans touted what they thought was a new flying safety record: more than 70,000 accident-free hours in the unit’s F-16 fighters. Unfortunately, it is not the most accident-free hours for an F-16 unit. That record, so far, goes to the South Carolina ANG’s 169th FW, which has amassed 101,000 major-accident-free flying hours in F-16s, reports the Associated Press news service. Both records are might impressive.