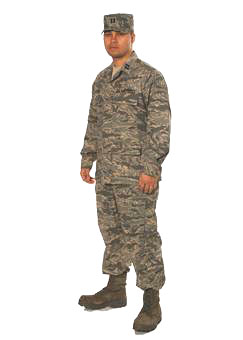 The Air Force has its new Airman Battle Uniform in production and plans to provide them to airmen deploying to Southwest Asia in the spring. A USAF news release states that Battlefield Airmen will each get four sets of the ABU, while other airmen will receive two sets and two of the current Desert Combat Uniforms. The Air Force plans to issue the new ABU to airmen in basic training by October 2007 and make it available for purchase by June 2008. The service wants to make the new ABU mandatory by October 2011.