On a Street Named Servais: 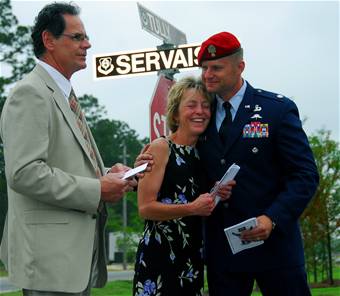 Air commandos at Hurlburt Field, Fla., has named a street for one of its members killed in action in Afghanistan, and elements of a new training center for three other air commandos killed in an aircraft crash in Iraq. They named the street adjacent to the new center for SrA. Adam Servais, a member of the 23rd Special Tactics Squadron at Hurlburt who was killed in August 2006. The 720th Special Tactics Group named the center for SSgt. Casey Crate, while it dedicated the auditorium to Capt. Jeremy Fresques and the aquatics facility to Capt. Derek Argel.