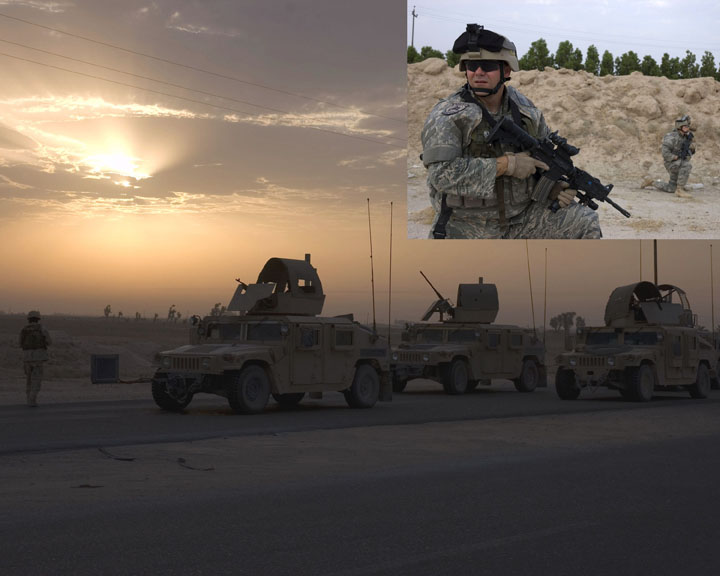 mong the unusual duties being performed by airmen today is the supply route patrol conducted by members of the 887th Expeditionary Security Forces Squadron outside Camp Bucca, Iraq. Their job is to ensure the route is clear of improvised explosive devices or other hazards, reports SrA. Andrew Dumboski. They generally travel in machine-mounted Humvees, but they often have to patrol on foot to get closer looks at the terrain. Early in their tour, says, SSgt. Charles Lemley, a fire-team leader for Scorpion 1-6, they had to call out the explosive ordnance disposal technicians “a lot, but we all know the area very well now. We can tell if something has been put out there recently.” Iraqi children often approach the patrol to ask for water, which the airmen provide. On one day, “someone noticed that the kids weren’t there,” recalls SSgt. Chris Forsythe, adding, “It wasn’t even a second after they said something over the radio that we were hit.”