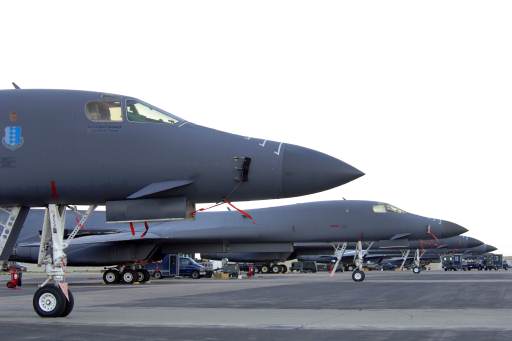 Boeing has finished installing Block E avionics modification kits on the Air Force’s fleet of 67 B-1B bombers, also called Bones. The installation marked the end of the conventional mission upgrade program that began in 1993 to convert the B-1 from a nuclear to a conventional role. According to a Boeing press release, the modification included replacing six computers with four, improving throughput, memory and increasing conventional weapons capability. The modification allows for wind-corrected munitions dispenser, joint standoff weapon, and joint air-to-surface standoff munition weapons integration.