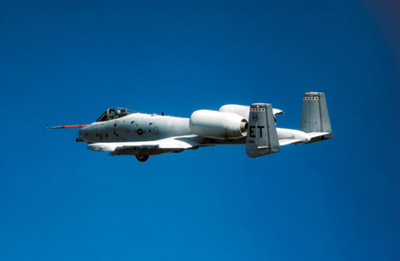 The Lockheed Martin-led A-10 industry team has turned over the Digital Stores Management System—a new weapons delivery system—as part of the upgrades the Air Force is making to the A-10 Warthog. USAF officials at Eglin AFB, Fla., have had the upgraded C model A-10 in flight test since early last year and expect to field the first A-10Cs next year. The Lockheed team has integrated the new DSMS with the Sniper and LITENING targeting pods, enabling the aircraft to have smart weapons capability for the close air support role the Warthog performs. The new system automates many of the weapons control functions that pilots now have to perform manually, improving the ability to identify targets and provide laser guidance of precision weapons.