Putting a Little SF Into All Airmen 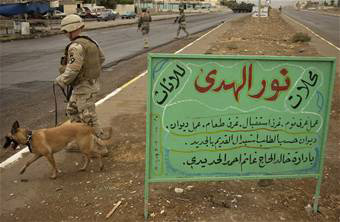 As the Air Force shifts its Security Forces airmen to more warfighting roles in forward deployed areas, it wants to train other airmen to pick up the basic installation security role. Brig. Gen. Robert Holmes, director of security forces and force protection, puts it this way: “Will every airman be a cop? No. But every airman will be a warrior.” The Air Force plans to get every airman “to be comfortable with their duty weapons,” not just qualify with it, said Holmes. He noted, too, that part of the impetus for this role change is the need to bring SF airmen back into the standard 120-day deployment cycle. Right now, airmen in the short-staffed field serve 179-day rotations.