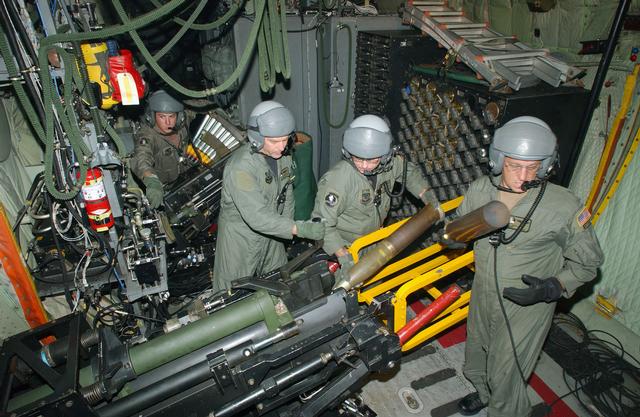 Air Force Special Operations Command is working on one-for-one replacements for 37 MC-130P Combat Shadow tanker/airlifters and MC-130E Combat Talon airlifters and would like to add two squadrons—another 24 aircraft, Lt. Gen. Michael Wooley, said in a meeting with Washington-based defense reporters yesterday. Also on his to do list is a gun for the new CV-22, which, he said, has “a hard point on the nose of the airplane that we specifically asked to be there.” AFSOC also is testing a new 30 mm cannon on the AC-130U Spooky.