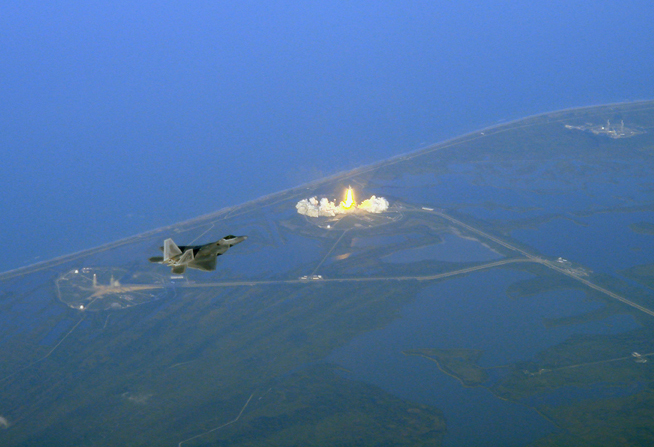 he 1st Air Force/Air Forces Northern posted 59 more sorties in February than it did in January, as the Air National Guard-led Operation Noble Eagle continues to monitor the nation’s airspace, hunting for threats from aircraft and cruise missiles. NORAD/US Northern Command boss Air Force Gen. Victor Renuart said during testimony on Capitol Hill earlier this month that the ONE mission would remain “critical” for the foreseeable future to monitor the air threat, particularly with the aging-out of the systems monitoring our national airspace. He said it also would continue to have a “key role” in monitoring for low observables and cruise missiles. Of the 190 fighter sorties flown this past month, ANG and Air Force Reserve Command flew almost three-quarters of the missions. And, the Air Reserve Components flew all but one of 30 tanker sorties.