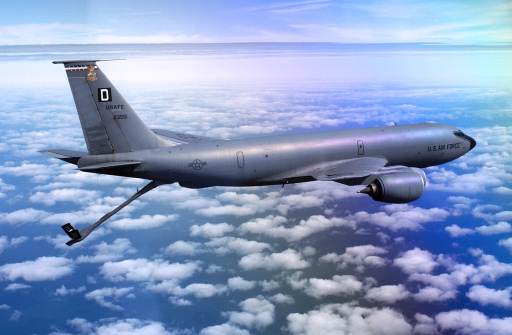 The KC-135 tankers at RAF Mildenhall, Britain, have been flying a greater number of pure transport missions than they did four years ago. Stars and Stripes reports that the 100th Air Refueling Wing—the only tanking unit in US Air Forces in Europe—has gotten a larger share of cargo and people hauling missions primarily to handle what C-130 tactical transports—heavily used in the war on terror—haven’t been able to cover. The Stripes notes that in fiscal 2003, the 100th ARW flew about 70 non-tanker flying hours. In 2004 that doubled to just more than 170; in 2005, the number reached 577 and dropped some in 2006 to about 412.