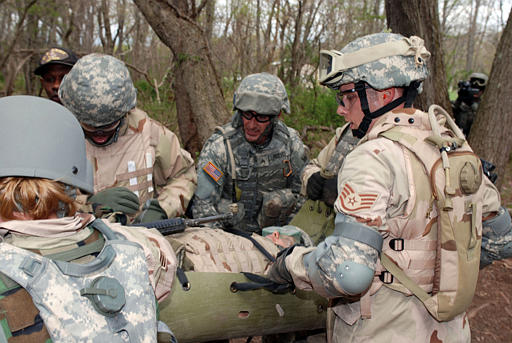 ven as the Air Force has been drawing down its airmen, yet continues to provide some 6,000 airmen to fill Army taskings, around 40 percent of soldiers have never deployed to Southwest Asia. We almost missed this information in a little-covered Scripps Howard News Service column released Jan. 4. Scripps reports that the Army has just recently recognized that it had not deployed about 200,000 soldiers, and the Marine Corps found it had overlooked 66,000 marines. The Marine Corps has put those marines “at the front of the line” for deployment, according to Scripps. And the news service finds that the Army has identified 37,000 out of about 206,000 for upcoming deployments. Still, that leaves nearly 170, 000 that the Army has roped off, for a variety of reasons, including medical and legal problems and the fact that they are serving as recruiters or trainers. The continued use of airmen to fill Army jobs is costing the Air Force in training time—coming and going, since about 13 percent perform outside their career fields—and dollars, money it desperately needs for recapitalization. Where did those “forgotten” soldiers figure into the bleak picture the Army painted for Congress and the Administration that will result in an end-strength growth of some 65,000 soldiers