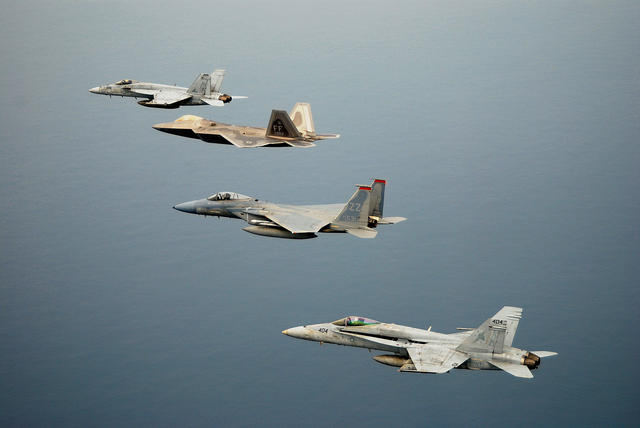 he boss of Pacific Air Forces, Gen. Paul Hester, believes that the first squadron of F-22A Raptors at Elmendorf AFB, Alaska, could be in place in time to send some off to Guam next year. PACAF accepted the first Elmendorf-bound F-22 in February. Hester told the Associated Press that a “small contingent” could deploy to Andersen AFB, Guam, if all goes well with the beddown and transition from the F-15 to the F-22. Air Combat Command sent Raptors to Kadena AFB, Japan, earlier this year on the F-22’s first overseas deployment.