Cheyenne Mountain Is Not Quite Shutting Down 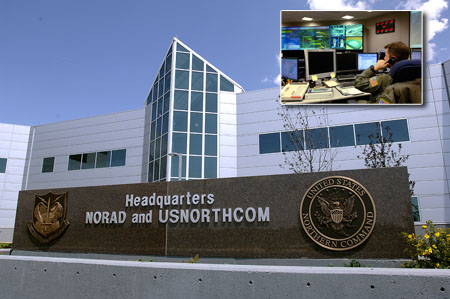 The head of NORAD and US Northern Command, Adm. Timothy Keating, has decided to bring most of his people who work at Cheyenne Mountain AFS, Colo., to nearby Peterson Air Force Base, which houses the headquarters for both commands and their command center. Keating said in a statement that the change comes after he directed his staffs to “take a hard look” at the operations of both commands with an eye toward “improving our effectiveness and enhancing unity of effort.” The statement went on to say, “at this time,” the two commands do not plan to eliminate any jobs—military or civilian—or to close fabled Cheyenne Mountain. It points out that the two commands comprised only 25 percent of the workforce at the Mountain. Air Force Space Command “owns” the other roughly 75 percent.

The Department of Defense announced a contract for future cloud services. The effort, Joint Warfighting Cloud Capability (JWCC), will serve as a pillars of the U.S. military's future operations, with a top line of $9 billion. It will provide the DOD with enterprise, global cloud services across all security and…