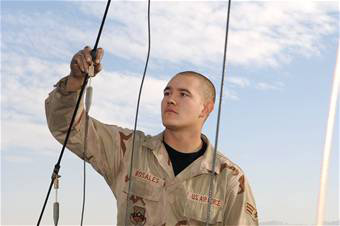 The 41st Expeditionary Electronic Combat Squadron has another notch in their belt, after recently surpassing 3,000 combat flight hours in their EC-130H Compass Calls as they supported Operation Enduring Freedom over the past 18 months. USAF officials note that, during the past year, the squadron has flown more than 420 combat sorties and supported more than 1,570 coalition air-support requests. The squadron has been deployed from Davis-Monthan AFB, Arizona since March 2004.