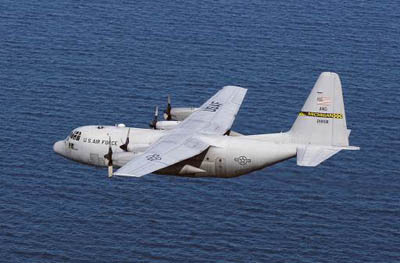 The Warner Robins Air Logistics Center has begun replacing C-130 center wing boxes and expects to complete 12 of the tactical airlifters by 2009. Ultimately, the ALC will replace the wing boxes for 155 C-130s by 2020, but Dusty Dodd, the ALC’s lead for the C-130 program, says the center’s technicians will best the “grounding restriction curve” by 2012. Currently, USAF has grounded 30 of the transports with the most severe cracks in their wing boxes and has another 47 on flight restrictions. Removing the old box and replacing it with a new one—the same one used on the new C-130J models—costs about $7 million per aircraft.