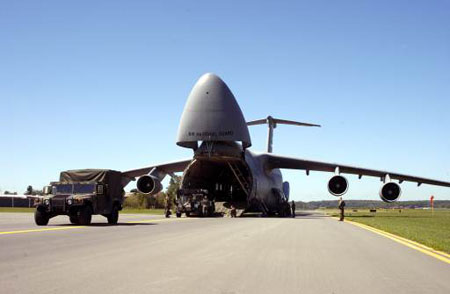 The House Armed Services Committee has decided that it will permit the Air Force to retire its C-5A aircraft—comprising the 60 oldest airframes in the C-5 fleet. However, in marking up its version of the 2007 defense authorization bill, the panel also stipulated that the service must maintain at least 299 strategic airlifters, beginning in 2009. Currently, the Air Force has 51 later model C-5s and plans only to buy 187 C-17s. Do the math—if the service retires all 60 A models, it would be short by 61 aircraft.