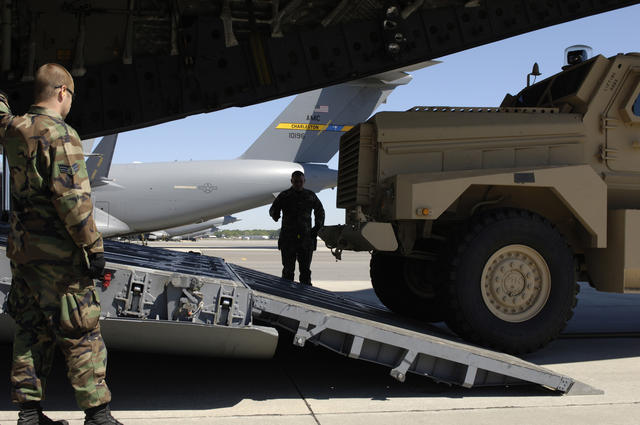 bipartisan group of 19 Senators has written to the heads of the Pentagon and OMB to urge them to fund additional C-17s, rather than having the Air Force request help from Congress, which they say had some “utility in the short term” but is “no longer viable” as a strategy to prop up a program that is “critical to the rapid movement of US personnel and critical supplies.” They note that the number of C-17s currently authorized to be built supports the “minimum requirement” believed necessary by “numerous studies and military officials.” They call that a “minimalist approach” that has forced, for one thing, the US military to hire Russian-built airlifters to help deliver much-needed equipment for the war on terror. Considering the need for rapid mobility and the growth in ground forces, they write, “There is no justification to believe that airlift requirements will decrease and many reasons to believe that currently available capacity is insufficient.” Bottom line: “The C-17 must be rightly funded in the President’s Fiscal Year 2009 budget.” (Letter to Defense Secretary Robert Gates)