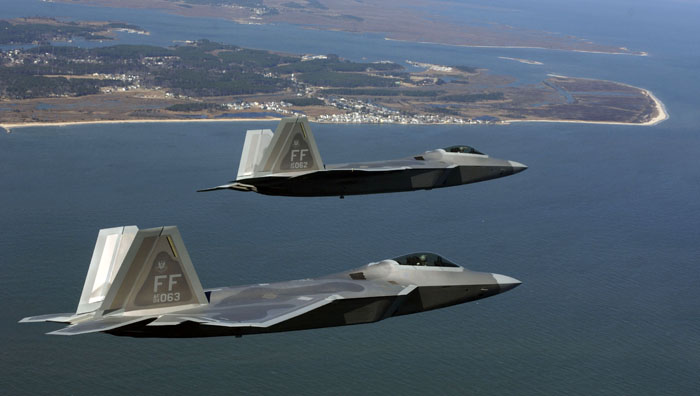 he Air Force has lent two of its newest fighter aircraft—F-22A Raptors—to help provide overwatch support for launch of the Shuttle Atlantis, planned for 7:38 p.m. (EDT) tonight from the Kennedy Space Center in Florida. A NORAD release says the patrols by the F-22s from the 94th Fighter Squadron, Langley AFB, Va., will continue over the center and the greater Cape Canaveral area through the launch. Other USAF forces providing support for this shuttle launch have included F-16s from the 20th Fighter Wing, Shaw AFB, S.C., and KC-135 tankers from the Mississippi Air National Guard’s 186th Air Refueling Wing, as well as pararescue forces from Air Force Reserve Command’s 920th Rescue Wing, Patrick AFB, Fla., and ANG’s 106th Rescue Wing, Gabreski Arpt., N.Y.