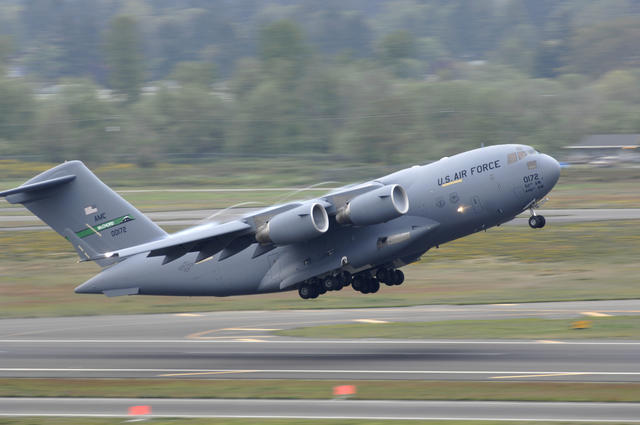 fter announcing earlier this year its intention to continue funding supplier procurement past the 190th C-17, Boeing is closing in on whether to keep its suppliers in business, company officials said Monday at AFA’s Air and Space Conference. John Sams, vice president for Air Force programs, told reporters that 169 of the airlifters have been delivered and that Air Force leadership has indicated their desire to purchase more—but are hamstrung by today’s budget environment. The Air Force has said it would like to replace a number of the “bad actor” C-5s with the new airlifters, but it has yet to put a firm proposal before Congress. By January 2008, Boeing will have to make the next call on whether to can their long lead suppliers or keep things going on their own funds. How much is Boeing investing? Company officials would not give an exact amount, but said that this time around the figures are in the hundreds of millions.