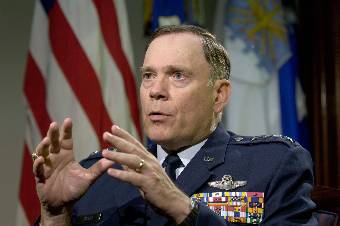 Gen. John P. Jumper, USAF’s Chief of Staff, claimed Monday that the service got “most” of its recommendations approved by the BRAC commission. In his view, if the service gets 50 percent, “it’s usually pretty good.” Jumper said that the Air Force got about 70 percent of the changes it requested. The “hardest part” of this round of base closures and realignments, said the CSAF, has been “to transform the missions of the Air National Guard into those that we think are more relevant in the world that we live in today.” He asserted, “We got most of that.” He went on to say that the BRAC panel “did their job, just like we did.”